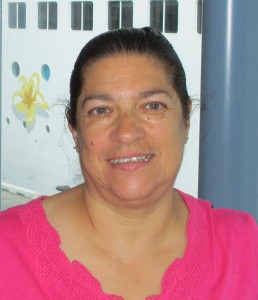 Despite some early life difficulties, she was able to overcome her misfortunes and started living a normal life full of love.

Initially her love was directed to animals and the environment.

In her spare time, she volunteered with the Mercer County Wildlife Center, where she was able to help those wildlife animals that were injured and needed nursing and help.

She was also a serious environment defender: she would go to great lengths to make sure that, from plastic and glass bottles to clothing and furniture items, everything had a use and she would make sure to find someone who would use it.

On April 22, 1970 she met Pat and now she extended her love to him and later to her two sons Derrick and Andrew. Finally, four years ago, she became the grandmother of her sweet granddaughter Giuliana. Her love now included the new member of the family.

In addition to her love for the family, she also had enough energy to get involved in the administration of the New Jersey Soccer and Association and of the Garden State Soccer League.

Initially she started by assisting Pat in the background while she was raising her two sons, but then in the year 2002, after her two sons finally became of age, she officially became the NJSA State Registrar.

Under her direction and advise, the Player Registrations database was carried into the next level of Online Registration thru the NJSA Website.

Ellen was completely dedicated to the NJSA and the GSSL. She understood the difficulties of keeping and creating teams of players, and many times she went to great lengths to help any team, men or women, to get formed or to stay alive. She had her own personal list of players that were looking for a team to play on and whenever she was asked, she would reach out to those players and direct them to a needing team.

Ellen will be sorely missed by everybody.