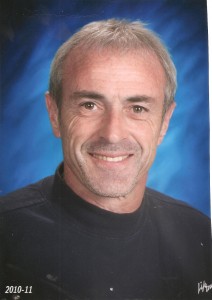 He was a junior college All American soccer player at Fulton–Montgomery Community College.

In 1982, he signed with the Rochester Flash of the second American Soccer League where he earned Rookie of the Year honors.

In 1984, he played for the New York Nationals of the United Soccer League.

In 1987, Paonessa joined the Albany Capitals as they played an independent schedule. In 1988, the Capitals joined the third American Soccer League. In 1989, the Capitals did not offer Paonessa a contract and he moved to the New Jersey Eagles.

He also played for the Memphis Storm of the American Indoor Soccer League in 1988. In December 1990, the New York Kick of the National Professional Soccer League signed Paonessa who had been painting houses. He remained with the Kick through the 1990-1991 season. He finally played Indoor soccer for the Canton Invaders in 1992.

He then played for the Greek American AA of the Cosmopolitan Soccer League in 1992.

In the fall of 1992, he signed with the Canton Invaders of the NPSL. He then played for the New Jersey Stallions of the USISL in 1996 followed by a sting with the NJ Rough Riders in 1997.

Paonessa has continued to play amateur soccer with U.S. Parma.

Franco also played for the National team of Puerto Rico in 1992, where he had 4 caps and 1 goal scored during the 1992 World Cup Qualifying games.